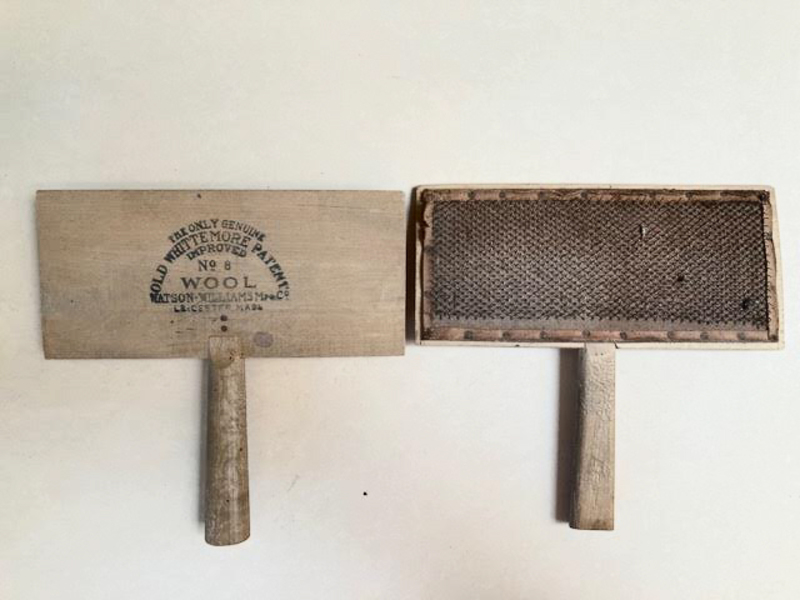 Two genuine Old Whittemore Hand Carding Wool Combs. These were made in the Watson-Williams Manufacturing Company, Leicester, Mass. These early carding combs have an interesting history. Their namesake, Amos Whittemore, was granted a patent for a machine that actually made wool cards in 1797. This particular set was made in the U.S.A and manufactured by the Watson-Williams Mfg. Company, formally L.S. Watson & Co., of Leicester, Mass. Leicester, Mass., was a textile center in the 19th century. It had several factories that made cards for textile machines, hand cards and wire for the cards. Watson-Williams Mfg. Co. was the largest manufacturer of cards and also made heddle frames and shuttles. 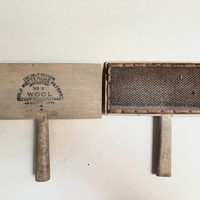