This is a PREVIEW of Items in the Town Records Collection

Note: In 1914 the town issued two reports because in that year the town changed the anniversary date of the… 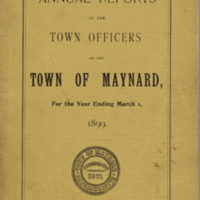 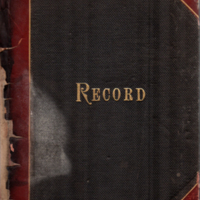 The book has 13 pages of what seems to inspections of vaults, cesspools, drains and other sewerage related items. Also a financial summary dated 4 February 1912 by Joshua Edwards, Secretary. 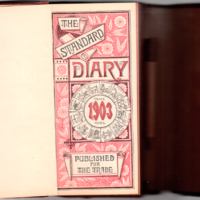 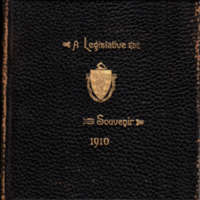 A 176 page book summarizing the the activities of the Massachusetts Legislature of 1910. It includes the Senators and Representatives and their committee assignments. Albert Batley represented Boxborough, Hudson, Maynard and Stow. 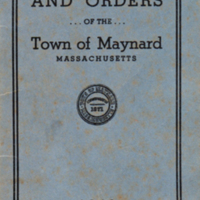 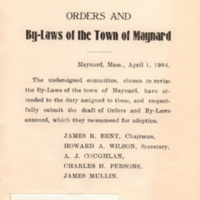 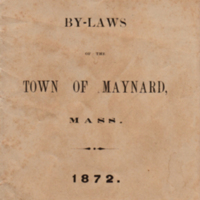 Excerpts of some of the major events as gleamed from the Annual Reports of the Town of Maynard by Ralph Sheridan. These include votes of Town Meeting, financial data, school reports, By-Law changes, various town department reports etc...

Several pages of notes on an attempt to organize a Public Safety Committee during June and July 1917. Joshua Edwards was elected Secretary. The attendees of the first meeting include: John W. Flood, Frank Binks, Sam B. Morse, Albert Smith, C. J.…

Official lists of persons (over 20 years of age), voters and/or taxpayers in Maynard. 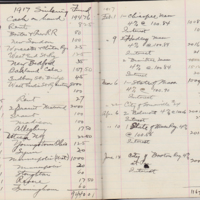 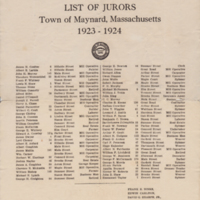 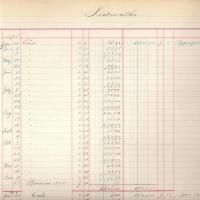 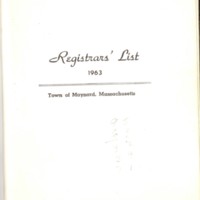 A report listing persons residing in the town of Maynard, Mass.

List of Persons 20 Years of Age or Over...Residing in the...Town of Maynard, Massachusetts - 1964 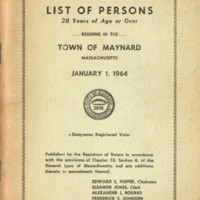 List of persons residing in Maynard, Mass, "published by the Registrars of Voters in accordance with the provisions of Chapter 51, Section 6, of the General Laws of Massachusetts, and any additions thereto or amendments thereof".