Photographs, documents, and artifacts from the Assabet Mills and the American Woolen Company.

This is a PREVIEW of Items in the Assabet Mills Collection 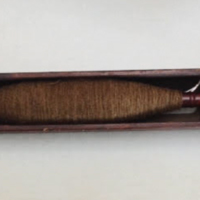 This shuttle was used in the weave room of the Assabet Mills and has been in the possession of the D'Errico family for many years. 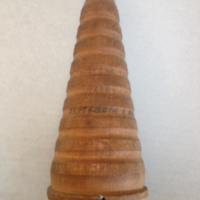 The light-colored cone was used in the Assabet Mills and has been in the possession of the D'Errico family for many years. It was used by Harry D'Geronimo. A date of September 7, 1932 is penciled on the side of the cone.

The second is a dark brown…

Shuttle and Bobbin of Yarn 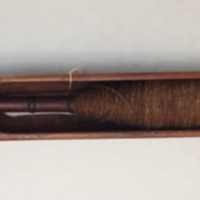 This shuttle was used in the weave room of the Assabet Mills and has been in the possession of John W. Katvala for more than fifty years. Mr. Katvala is living in California, and when he learned that we were looking for a shuttle he immediately… 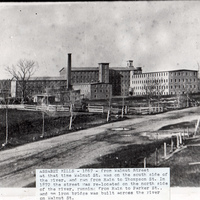 Originally Walnut St. was laid out in 1865 and ran from Main St. to Thompson St. and was on the south side of the Assabet River, but in 1862 it was relocated on the north side of the river from Main Street to Parker Street and an iron bridge built. … 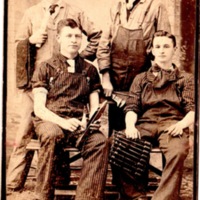 These four employees are some of the many who worked in the weave room.
Left to Right: (front row) Wm. Smith and H.Maynard

Spindle Used at the Assabet Mill 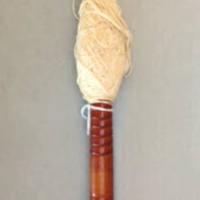 A spindle used in the woolen spinning mules.

Shuttle Used in the Assabet Mill 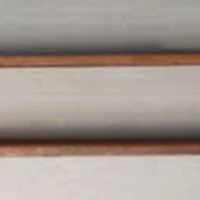 This shuttle was donated by Mr. George Peterson who worked his lifetime up to retirement in the Assabet Mill. During the ownership of the American Woolen Company he was employed in the carding department. He later worked as a maintenance man and a…

Original Key to Office of the Assabet Manufacturing Company 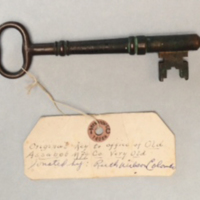 This original key to the office of the Assabet Manufacturing Company was in the possession of Mr. Paul Wilson, who at one time was in charge of the water works. 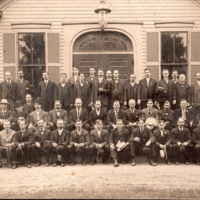 Bobbin of Yarn from Assabet Mills 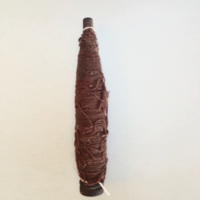 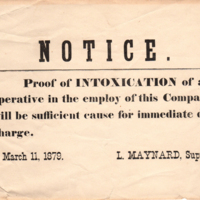 PROOF OF INTOXICATION cause for immediate discharge. L. Maynard, Supt.
This notice was displayed in the mill for many years.

"Mill Pond at the Time of Construction of Mill Building No. 1" American Woolen Company 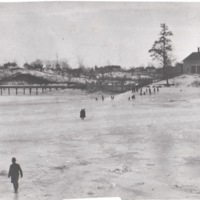 During 1916 and 1917 when No. 1 mill was being built it was necessary to drain the pond. This was accomplished by building a coffer dam from a point off Front Street to the grove off Sudbury Street (now the mill parking lot) and another coffer dam in…

Mill Pond at the Time of Construction of Mill Building No. 1 - 1916 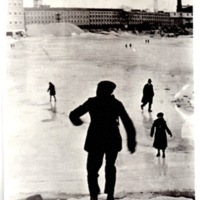 A photo of people enjoying the opportunity to walk on the bottom of the Mill pond which was drained in preparation of new building construction. 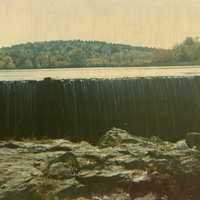 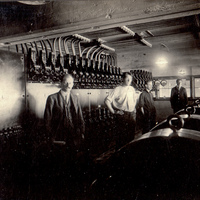 Boaters on the Mill Pond 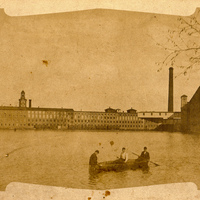 Photograph of three gentlemen in a boat on the mill pond with Mill in the background. 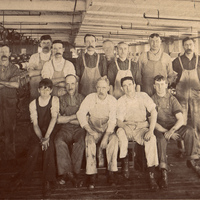 Photograph of a group of 13 mill workers and surrounding machinery. Note overhead drive shafts and belts that powered the equipment (looms?) 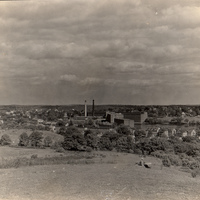 Photograph of Maynard Mill and Town from Summer HIll circa 1920. Summer Hill was used for grazing animals and was a popular picnic location. 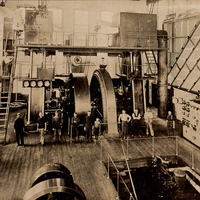 Photograph of the Mill Power House taken in 1902 showing huge steam-powered generators, electrical distribution equipment, wiring, and the operators of the equipment.

Note: ages of employees, employee sitting on top of one of the generators and on… 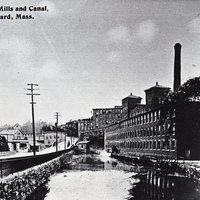 Photograph of the Mill and "canal" adjacent to Walnut Street (taken from the Main Street bridge) taken in 1915. Note the alternate or mis-spelling of Assabet ("Assabett") on the photograph. Also this is technically not the canal, but the…