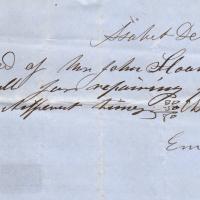 A receipt from John Sloane for repairing a pump at ___??
Signed by Emery Smith 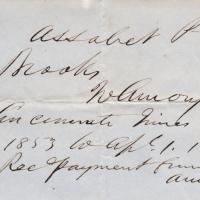 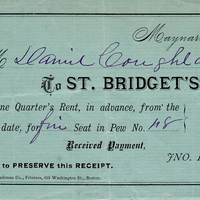 A receipt for one quarter beginning in October 1885 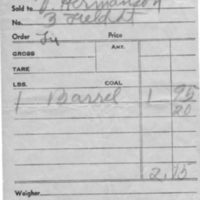 This is for one barrel of ?
Sold to V. Hermanson 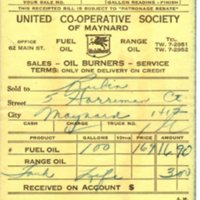