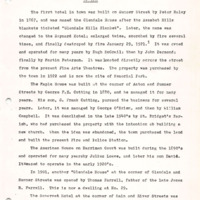 A short summary of hotels that operated in Maynard. This research was incorporated into a monograph on hotels (see Relation below) 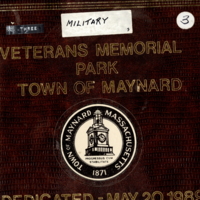 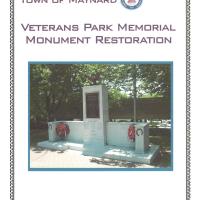 A report describing the restoration of and recommendations of upkeep of the monument. . 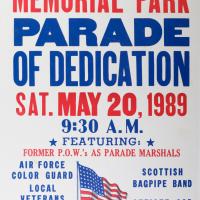 Blueprint of Memorial Park and the Municipal Parking Lot 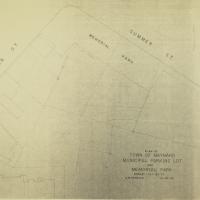 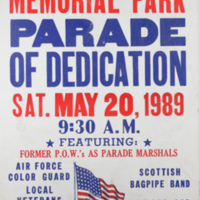 A poster for the parade and dedication of Veterans' Memorial Park. 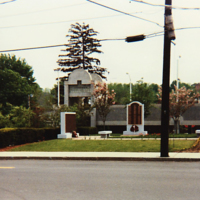 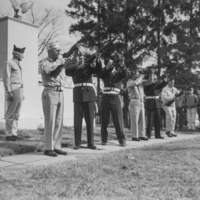 A rifle salute behind Memorial Park is part of the Memorial Day or Veterans Day parade observance. 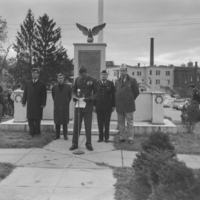 A serviceman addresses the gathering at Memorial Park as part of a Veterans Day or Memorial Day parade.
Dignitaries: Will Dodd, ? 'Scoop' Campbell is third from the left. 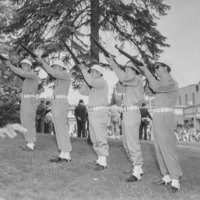 An honor guard fires a rifle salute in Memorial Park as part of a Memorial Day or Veterans Day observance and parade. 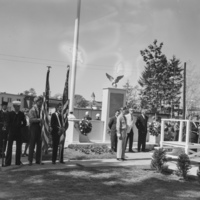 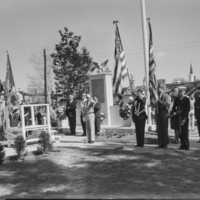 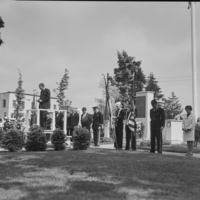 A ceremony at Memorial Park. 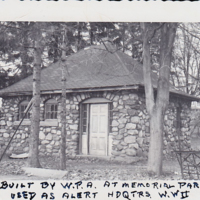 A group of students clean up Memorial Park 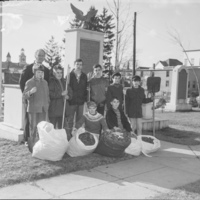 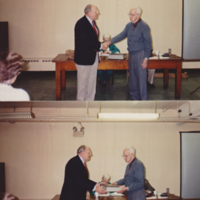 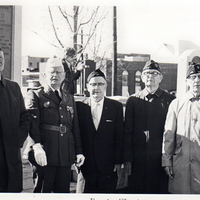 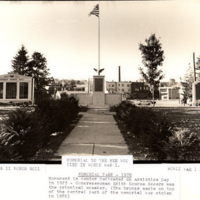 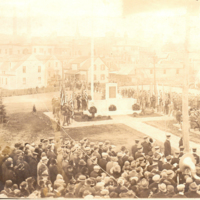