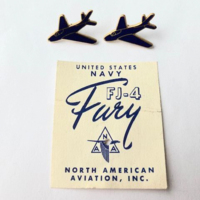 Six U.S. Navy pins, two are labeled the FJ-4 Fury pins. The FJ-4 is a fighter-bomber for the US Navy and Marine Corps. 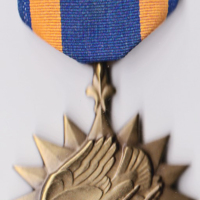 The Air Medal is a military decoration of the United States Armed Forces. It was created in 1942 and is awarded for single acts of heroism or meritorious achievement while participating in aerial flight. 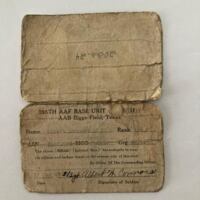 A 235th AAF Base Unit Card that authorized Sgt. Albert W. Connors to wear certain ribbons and badges. It is dated January 27, 1945. 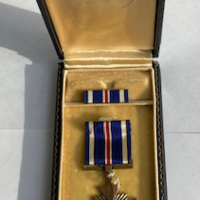 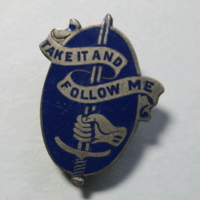 The pin has a hand and sword, the color blue for Infantry and the motto for the school at Fort Benning, Georgia. 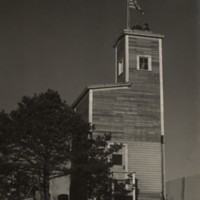 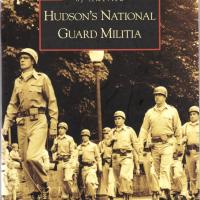 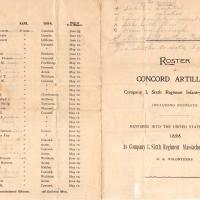 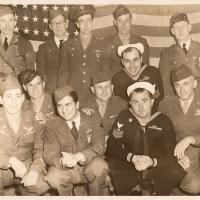 Membership Application
Veterans of Foreign Wars of the United States 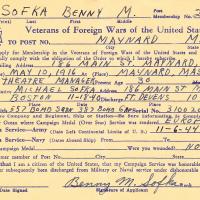 A collection of applications to VFW Post No. 1812, Maynard, Mass.
The applications show the name of applicant, occupation, nearest relative, enlistment and discharge dates, branch of military, Campaign Medal Service and other information. Two… 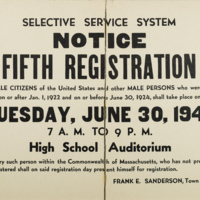 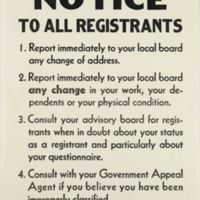 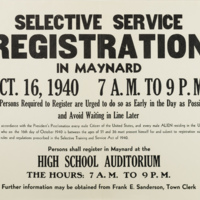 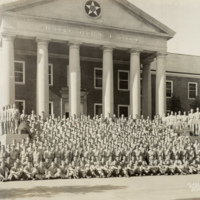 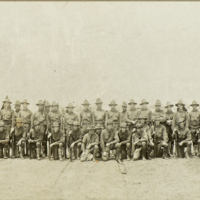 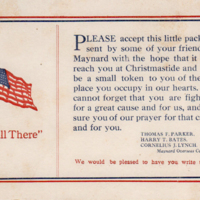 A greeting card evidently placed in a gift package sent to the Maynard soldiers during the war. 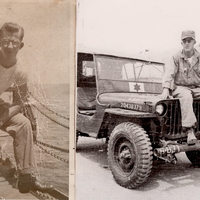 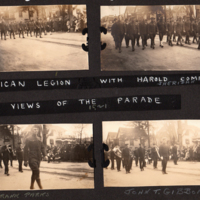 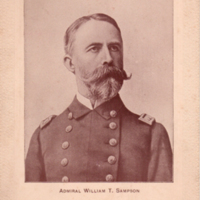 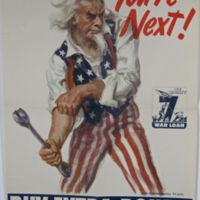