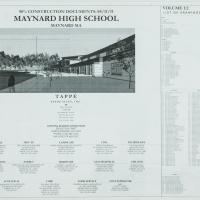 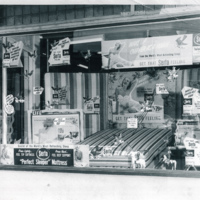 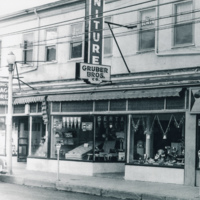 Photograph of Gruber Brothers Furniture located at 117 Main Street. The building dates to the 1860's when it was known as the Riverside Building. The upper floor of the building was destroyed by fire on July 14, 1934. Second photo taken later after… 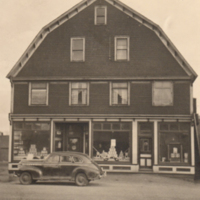 Located at 14 Main Street. Automobile is a 1941 Chevrolet.
Second photo is Sal Salamone, 1981, at the time the bottle bill became law in Massachusetts. 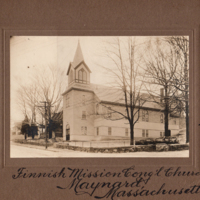 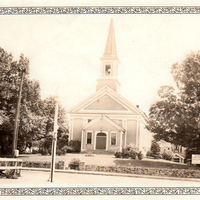 The two photos without louvers in the steeple are pre-1940. The louvers where installed between 1943 & 1948. The last photo is a digital copy, not in the collection, of the first photo. 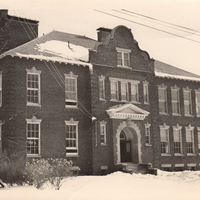 Originally the Bancroft Street School, and renamed the Coolidge School in 1932. It ceased being used as a school in 1981.
Left picture is front view, right is a view from the back. 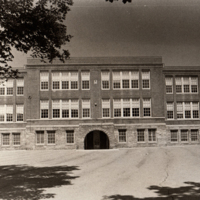 The Roosevelt school was built in 1917 on the same site, using the same foundation, as the Nason Street School that was destroyed by fire in 1916.
The photo on the left is a back view from Glendale Street taken in 1970. The right photo, taken in…