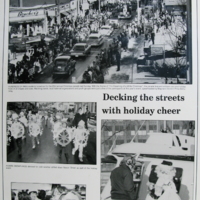 An enlarged copy of the Sidelight section of the Beacon Newspaper featuring Christmas parade in Maynard. 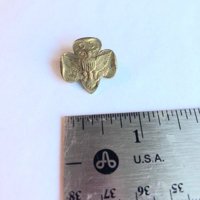 A gold-colored pin from the American Girl Scouts.

Stories Found "Only in Maynard"
Our Town's Guide to Historic Preservation 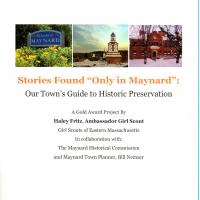 A girl scout project by Haley Fritz that scans some of the historic preservation resources that are available to Maynard.

May Day Parade at Alumni Field 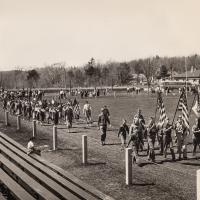 Boy Scouts and Girl Scouts parade at an Annual May Day parade on Alumni Field organized by Phil Bohunicky. 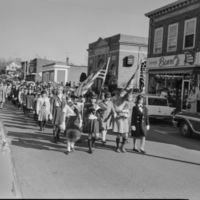 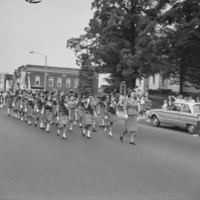 Girl Scouts are part of a parade heading up Main Street. 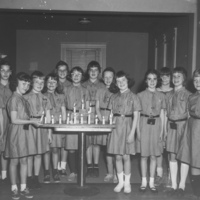 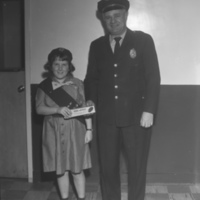 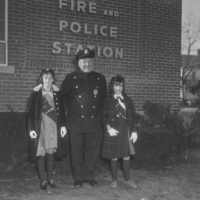 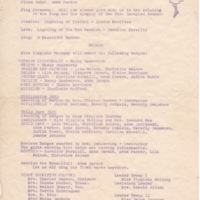 The agenda for the first Girl Scout Court of Awards ceremony on March 3, 1953. This was for Girl Scout Troop 1. 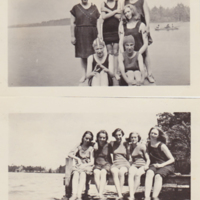 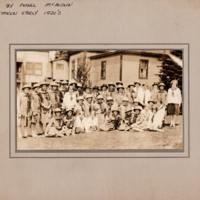 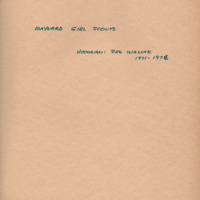 A scrapbook containing newspaper clippings, photos, agendas and other documents relating to the Girls Scouts during the early 1970's

The minutes of the organizing group for the Maynard Girl Scouts.