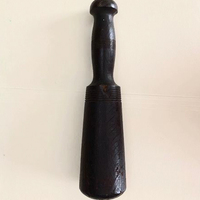 An old wooden pestle used as a grinding instrument. Pestles are typically made in the shape of a club used in a kitchen, laboratory, and pharmacy. 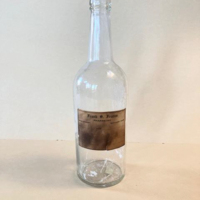 A glass bottle with Frank S. Fearns, Pharmacist, Main Street, Maynard, Mass., label adhered on the front. For many years he ran a drug store in Fowler's Block, on Main St. He sold the business to Alfed A. Minahan, who in turn sold it to Irving… 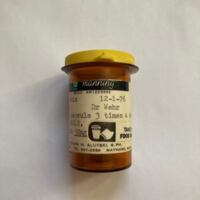 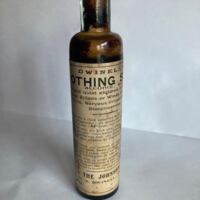 A bottle of soothing syrup designed for children with pain due to teething, irritability, and colic. Interestingly, the directions are written in four different languages. It was 8% alcohol. 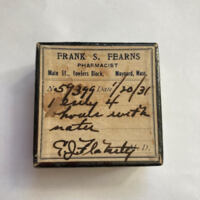 A prescription box filled by Frank S. Fearns, Pharmacist. His pharmacy was located on Main Street, Fowler's Block, Maynard, Mass. The prescription was issued by Dr. Edward J. Flaherty. It is dated January 20, 1931. 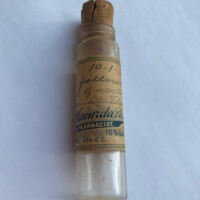 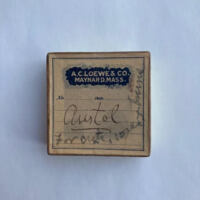 A small box containing Aristol, prepared by A.C. Loewe Pharmacy. Julian Loewe had a pharmacy in one part of the Odd Fellows Building, built in the late 1890's. Aristol was iodine-based and used for cuts, burns, and sores. 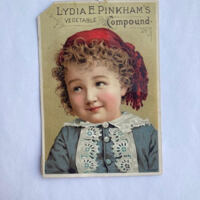 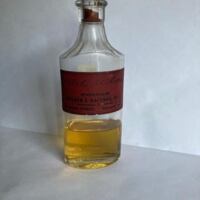 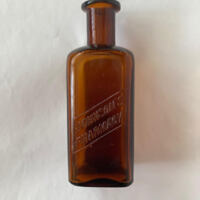 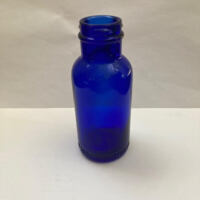 Frank Fearns, Pharmacist, for many years ran a drug store in Fowler's Block, on Main St. He sold the business to Alfed A. Minahan, who in turn sold it to Irving Manning.

The blue medicine bottle came from the home of the late James J. Morgan of… 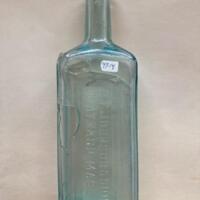 A clear-colored bottle with the inscription of B. F. Johnson & Son Maynard, Mass embossed on the front panel. 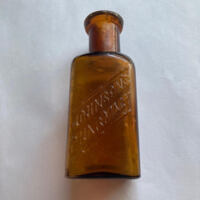 One small, brown-glass medicine bottle with the Johnson Pharmacy logo embossed on it. 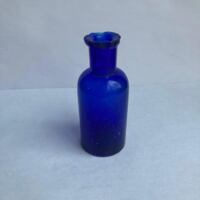 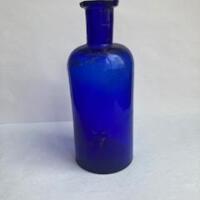 A blue glass bottle for medicine with the inscription of B. F. Johnson & Son, Maynard, on the bottom. 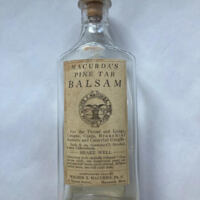 Macurda's Pine Tar Balsam was used for throat and lungs, coughs, colds, and bronchial asthma coughs. Bottled by Wilder X. Macurda, Ph.D., 12 Nason St., Maynard. Mr. Macurda ran a pharmacy on Nason St. for a number of years. He was a pharmacist for… 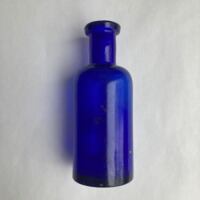 A blue medicine bottle from B. F. Johnson & Son Pharmacy, Maynard. They ran a drug store in Maynard from 1874, located near the corner of River & Main Streets. Johnson purchased the apothecary from Thomas Wouldhave on Main Street and later moved to… 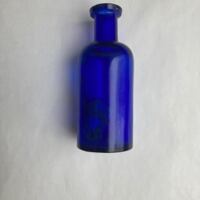 A blue medicine bottle from B. F. Johnson & Son Pharmacy. 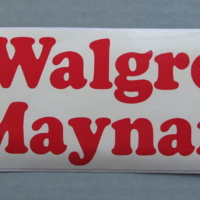 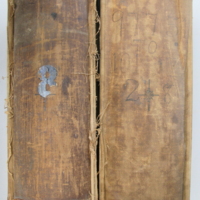