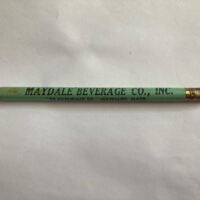 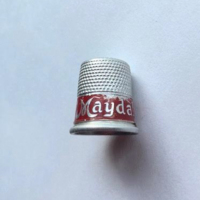 A miniature thimble with the Maydale logo printed around the edge. Used perhaps for advertising. 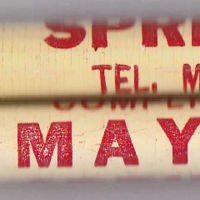 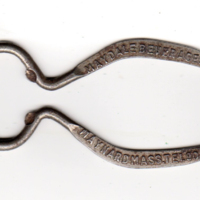 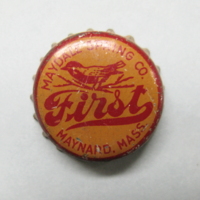 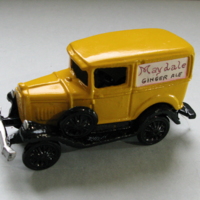 Some of the models have been painted. One with Maydale Ginger Ale and another with J. Leo Comeau.
The toys are described as: Express Wagon-Horse Drawn, Ice Wagon-Horse Drawn, Fire Engine and Two Horses, Wagon and Horse, Maydale Deliver Truck. 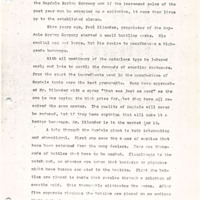 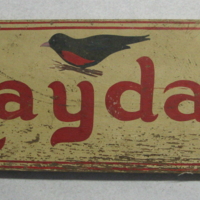 Paul Hilander, owner of the Maydale Spring Company of Maynard, owned a cottage at Lake Boon and had this sign over the front door. Later the cottage was owned by John Kennedy. The sign was reversed and lettered "Cuddle Doon". The cottage was… 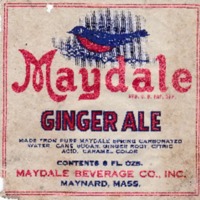 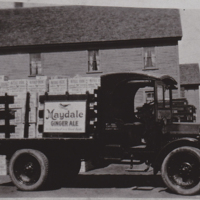 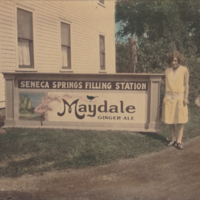 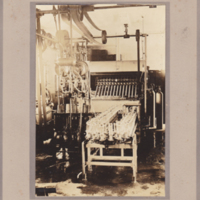 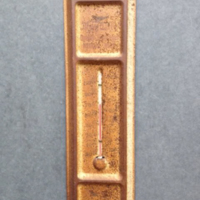 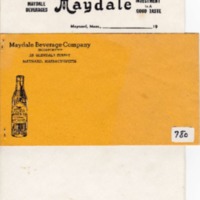