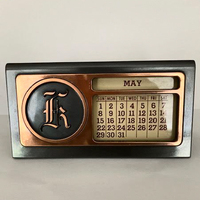 A desk calendar with the letter "K" embossed on the front. Removable month and day cards are inserted to meet the date.

The "K" is for James V. King, to whom this desk calendar belonged. 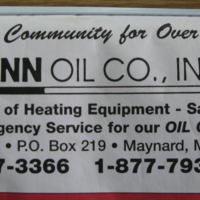 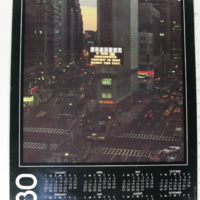 The calendar features a picture of Times Square with the Digital Logo on the neon sign. 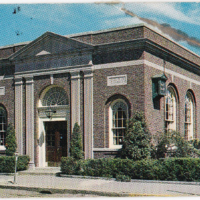 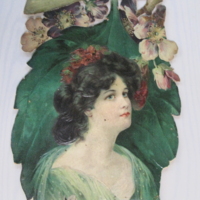 The market was located in the Eagle's Block at the corner of Nason and Summer Streets. 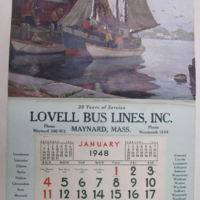 Lovell Bus lines moved to Maynard in 1923, taking over the Concord, Maynard and Hudson Street Rail Road franchise.
The company was viable until the 1950's. 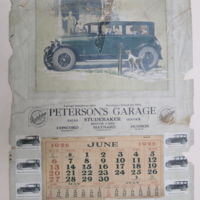 Studebaker agency run by Martin Peterson with branches in Maynard, Concord and Hudson. 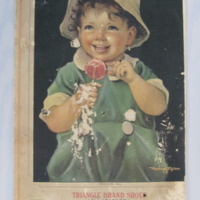 "P. H. Murphy, who had worked for many years for George H. Creighton in the shoe business., bought out Creighton's which was located on Nason Street. Mr. Murphy conducted the store for many years. At the time he was appointed welfare agent for the… 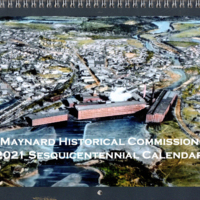 One of two calendars produced by the Historical Commission to commemorate the 150th anniversary of the Town of Maynard. (see 2021.284 to see the other calendar) 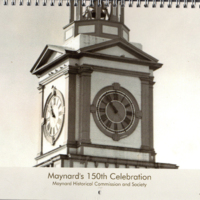 One of two calendars produced by the Historical Commission commemorating Maynard's sesquicentennial. (see 2021.285 for the other calendar). 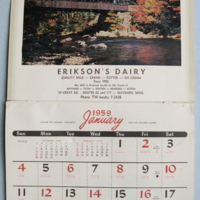 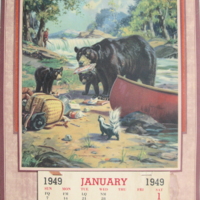 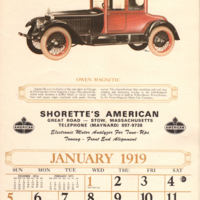 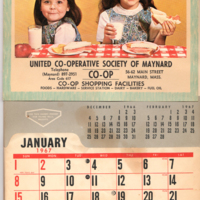 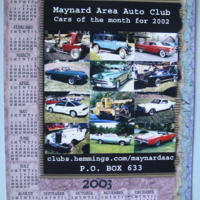 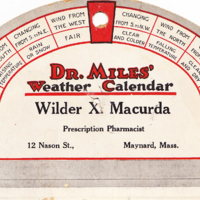 A promotional hanging calendar for the pharmacy. Wilder Macurda owned and operated the pharmacy on 12 Nason St. 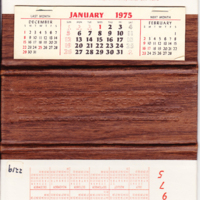 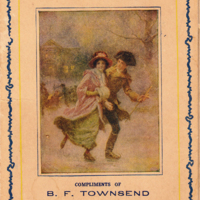 A promotional packet that contains needles, a calendar and advertising for Townsend plumbing and sheet-metal services. 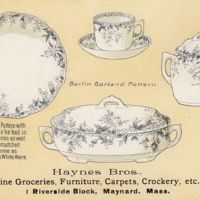 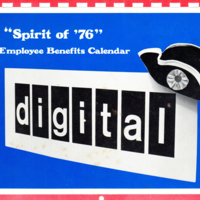 A 1976 calendar produced by Digital's Employee Communications Group that outlines the benefits available to Digital Employees. February is shown, maternity.