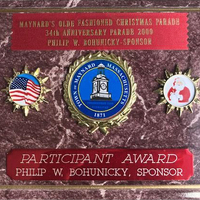 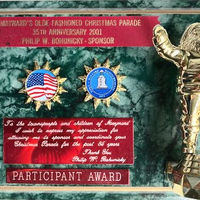 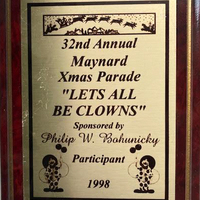 A brown wooden Participant plaque recognizing "Let's All Be Clowns" theme of Maynard's 32nd Xmas Parade, 1998. The sponsor of the award is Philip Bohunicky. 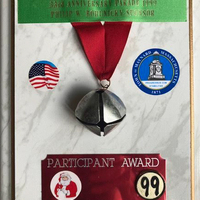 A white wooden Participant Award plaque from the 33rd Anniversary of Maynard's Olde Christmas Parade, 1999. The Award is sponsored by Philip W. Bohunicky. 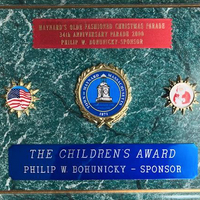 A green wooden plaque for the Children's Award given during the Maynard Olde Fashioned Christmas Parade 2000. The Award sponsor is Philip W. Bohunicky. 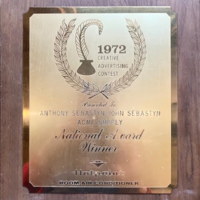 An award granted to Anthony & John Sebastyn of ACME Supply for Creative Advertising in a 1972 contest. They were National Award Winners named by Hotpoint.Room Air Conditioners. The ACME Supply (Firestone) closed in 1983. 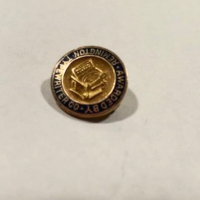 The Remington Typewriter Company awarded a pin to Pearl McAuslin. 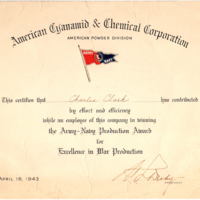 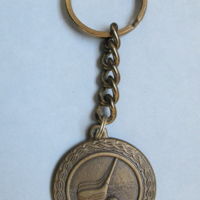 A 2nd place awarded by the B & C Club of Assabet Valley. 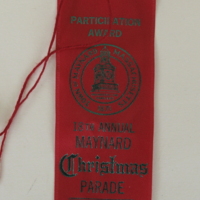 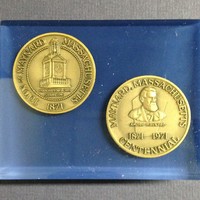 Two blue paperweights with embedded Centennial Medals that were awarded by the Grand Marshall of the Parade. This paperweight was an award given to the Main Charter Belles for its float in the Centennial Parade, July 4, 1971.

Names of those who… 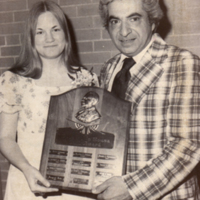 A 1975 picture of the winner of the John Philip Sousa Award in the Maynard High School Band. 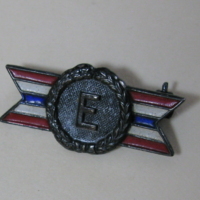 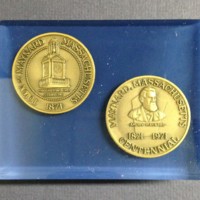 Grand Marshall Award, granted to the Centennial Squares for their float, July 4, 1971 during Maynard's Centennial celebration.

Medal for the Broad Jump 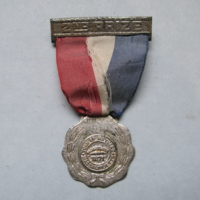 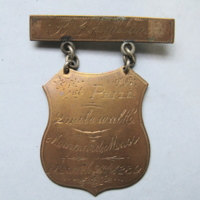 Medal won by B.J. Coughlin as first prize for a 2-mile walk in Maynard on March 2, 1889. "B.J.", as he was known to all, was not only one of Maynard's prominent citizens but he was also an outstanding athlete in his younger days - walking, running,…